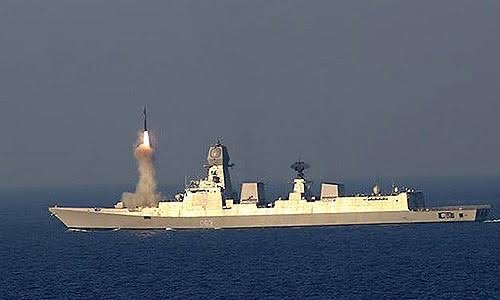 A naval version of the BrahMos supersonic cruise missile was successfully test-fired in the Arabian Sea.